How to Make Activated Charcoal at Home

We are often asked, "Please explain to me how to make activated charcoal at home." 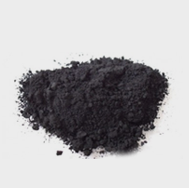 Steam-activation is primarily used for coconut charcoal and coal.

In the production of steam-activated charcoal, first the coconut shell or coal is heated to create a char. This char is then "activated" in a furnace at high temperatures of 1,700° to 1,800°F with steam in the absence of oxygen. In the steam-activation process, all volatile compounds are removed, and at the same time layer after layer of carbon atoms are pealed off, enlarging the existing internal pores, and leaving behind a carbon skeleton. The carbon + steam reaction results in producing hydrogen gas and carbon monoxide (C+H2O=H2 +CO). As the carbon monoxide gases off it takes carbon atoms with it. Typically 3 pounds of raw charcoal will produce 1 pound of activated charcoal. This is a perfect example of the saying "Less is More". Less carbon atoms yields More internal space.

Once the activated charcoal is cooled off, to remove the soluble ash content, it may be either "water-washed"* (which requires a lot of water) or it is "acid-washed" (to remove the acid-soluble ash content) and then repeatedly "water-washed" to remove any trace of the acid solution.
(*Not to let anything go to waste, the charcoal "vinegar" is sometimes collected and sold as commercial ascetic acid or processed into table vinegar.)

Because of the very high temperatures required for steam activation (600 - 1,200 °C), temperatures you cannot achieve in a conventional oven (260 °C), this method is all but limited to industrial technology.

Another huge limiting factor is the cost of production. The world uses a tremendous amount of Activated Charcoal annually and so production needs to be on an industrial scale that can produce millions of tons of AC at a very low price. This is typically

done in large rotating steel cylinder kilns (up to 180ft long producing up to 12.5 metric tonnes/hour) with a sophisticated delivery system of heat and steam. If money were not an issue, then individuals would need to first design an even more sophisticated miniature version. There would be the issue of washing/rinsing, the disposal of waste ash from the pyrolysis, managing the exhaust gasses, and other challenges. The net product would far exceed the cost of the mass-produced product, and quality would likely also be an issue, since cooking temperatures and times are quite critical. Aside form the fascination of building one's own, it seems the cost would be prohibitive to make steam-activated charcoal "at home".

Chemical-activation produces the same end result - a much increased internal surface area - but uses a chemical solution to chew away the internal structure. Typically wood-based activated charcoals are commercially made using heat (450–900 °C) and phosphoric acid. This “activation” process results in the creation of an enormous surface area — on the order of 600 to 1,200 square meters per gram (m2/g), depending upon the raw material used and the process. Once again the industrial model is a large steel rotisserie. The wood may be first pyrolized, then the char is saturated with phosphoric acid, followed by controlled reheating to enhance the chemical erosion of carbon atoms, and then an elaborate washing cycle to remove the acid. This process is sometimes preferred because it requires less heat and time.

Once again, some will want to see if they can make chemically activated charcoal on a backyard scale. You will find some serious entrepreneurs on YouTube.com. While their methods appear simple enough, the use of different chemicals seems an invitation for accidents. Some of their suggestions for chemicals include "battery acid" (sulphuric acid), hydrochloric acid (aka muriatic acid sold in hardware stores for eating concrete off bricks), nitric acid, potassium or sodium hydroxide (highly caustic), calcium or zinc chloride (more stable salts)...  Then there is the tedious combination of treating, heating, and extensive washing to remove any remaining chemicals. The required heat (450–900 °C), though much less than for steam-activation (600 - 1,200 °C), is still much higher than a conventional oven can achieve.

But, back to the chemicals. The chemical of choice is phosphoric acid (a rather weak acid). Even so, considering the high temperatures required to drive the activation process, (temperatures much higher than you can achieve in a home oven) the erosion effect produced by any of the different chemicals would be greatly reduced, and the end product would be only marginally better than raw charcoal. But there could be potential for serious harm. For example, the possible results of reacting hydrochloric acid with carbon include:

For these and other reasons we do not at all recommend you attempt to make chemically activated charcoal as a Do-It-Yourself (DIY) project. 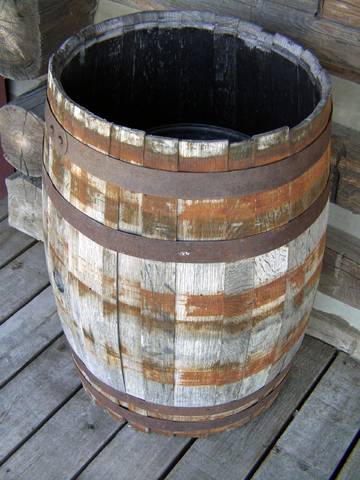 However, if this project is directed at ultimately making a cheap water or air filter for primitive circumstances, it should be noted that plain charcoal has a long history (3,000+ years) of use in odor control and water purification. As far back as 1500 B.C. down to hospitals in the 1800s, plain charcoal powder was used to control the stench of rotting flesh. Ancient sea explorers scortched the inside of wooden water barrels to preserve drinking water during long voyages. In their campaigns to help tame the wild West, the American Calvary used plain lump charcoal in the last compartment of a 3-compartment box (1. gravel 2. washed sand 3. charcoal) to filter swamp water for drinking water. It has been found that even the lowly plain wood charcoal has fragments of the super molecule Buckmisterfullerene (C60) that has phenomenal adsorptive capacities. So, if it is for some rough or makeshift circumstances, just your regular charcoal will work effectively enough as both a water and air filter, without the potential mishaps of trying to activate it with some potentially corrosive chemicals.

If the DIY is to produce an activated charcoal for medicinal use, it is highly questionable how much is to be gained; certainly not in activity levels or in money savings, while safety remains a real concern. On the other hand a one-gallon container of food grade charcoal powder costs as little as $45, without all the equipment, labor, and expense. A typical family will not use that amount in a year for common ailments. Stored with a tight lid it can last indefinitely.

If the DIY is thinking ahead to some Survival scenario, then we can tell you from very real firsthand experience; you are not going to have access to any of the chemicals suggested above, and, more importantly, the effectiveness of plain charcoal will compare favorably with any activated charcoal in whatever emergency should come your way, as long as the final powder is sterile. See CharcoalTimes newsletter June 2012 (Uganda 2012 Adventure) In the meantime, save yourself a lot of unnecessary grief, and don't let your good intentions turn some would-be charcoal enthusiast against this most benign of natural remedies, with some reckless chemistry gone wrong. 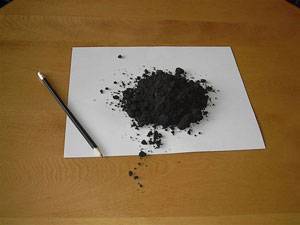 Are you thinking of making activated charcoal? In review, whether steam activated or chemical activated, it is best not to try. How can you make regular charcoal? That is a much more simple procedure. Click HERE to watch a step by step video.

You have no items in your shopping cart.

The store will re-open at 7:46 pm Mountain Time.

The Lord's Day according to Mark 2:28
Copyright © 2006-2020 by Charcoal House LLC Please contact us for reproduction permission: Editor@charcoalhouse.com